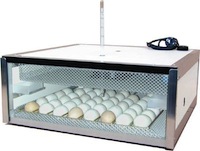 Sarah has taken to calling herself the “incubator” – and for good reason. She’s got two little buns in that oven of hers. She has gotten quite fond of saying, “Hey – incubating is HARD work.” As I shared two weeks ago, we had some scares of early complications with some bleeding that Sarah had. It had gone away for almost a full week and then came back last week one night. No matter how many times we’ve gone in after these incidents and seen the ultrasounds being completely normal – it still freaks me out. This all makes me wonder if I’m going to turn into one of those parents who freaks out at the very slightest thing that happens to their kid and is always running to the doctor. Sarah is probably nodding her head as she reads this – but hopefully that won’t really be the case.

At any rate – those were some pretty scary moments, and we are very grateful for the prayers and good vibes sent our way from all of our friends, family and others who may have seen our post that week.

Perhaps some folks wouldn’t have put such personal information online for the world to see. But the best part about being honest & transparent about what’s going on with our pregnancy, has been the people who have sought us out and sent us emails or Facebook messages about facing similar health issues during their pregnancies.

To hear from others that they have gone through similar situations has been the thing that has calmed our fears and nerves more than anything any of the doctors or nurses could have told us. Granted, everyone is different and no pregnancy is exactly alike, but we’re still so thankful for you sharing your stories with us.