I can’t believe it.

As I was putting him to bed tonight, we sat in the chair in his room and talked a little bit about how it was going to be a big day tomorrow – he was going to turn TWO. Well, it was more like me talking and…I don’t think he was really listening that much. I said to Caleb, “Caleb, can I tell you something?” And he replied, “Yes…”

And slowly took his fingers and stuck them in his ears.

He took them out and laughed…I said, “Caleb. Dude. Not funny” and kept talking to him about how much fun we were going to have tomorrow on his birthday, and…he slowly took his fingers, again, and stuck them in his ears.

Oh my. Is this what we have to look forward to this year? Is Caleb going to live up to the “terrible twos” that everyone talks about? We’ve seen some good tantrums in the past week or two…from screaming ALL DONE! ALL DONE! ALL DONE! as I was trying to change his diaper today, to going bat-shit-crazy because he didn’t want to put on a t-shirt yesterday. Or losing his mind when we told him that no, we weren’t going to watch The Polar Express for the 38th time during dinner last night.

But he’s a ton of fun too. He’s learning new words every day. He says, “Bless you” when we sneeze. He knows almost all the words to “God is great, God is good, thank you God, for this food,” and he especially likes the AAAAAAA-MEN at the end. He loves to play, and it’s so fun to watch him talking to his cars and trains and trucks. He’s really into “people” now…and we got him some old-school Fisher-Price little people from his grandparents last week, so he’s been having fun with them.

He also likes to color a lot. Well, perhaps not color but demand coloring of his parents. He’ll sit down with an empty sheet of paper before him, and then ask us to sit down, and point at the paper and say, “Car? Car? Car?” Once I’ve drawn the car, and a pretty damn good car it is, if I do say so myself, we’re not through yet. Next he asks, “People? People?” So, I start to draw people. “Mama? Mama? Daddy? Daddy? Sadie? Sadie? Caleb? Caleb? Nancy? Nancy? Lauren? Nancy?” (Nancy and Lauren both go to our church) And by the time I’ve finished fitting all those people into the little VW bug that I drew…it’s time for another “Car? Car? People? People?”

He’s loving his daycare here in Illinois, and is, of course, a favorite among people at church. After church, he pretty much rules the church building…and it’s not uncommon to find him with about 6 little girls chasing him around, yelling “Catch me Caleb!” A couple months ago, he was in a “jumping on little girls” phase…that started from wrestling with daddy and continued, unfortunately, at daycare. So, we came into the fellowship hall at church once to find a bunch of little girls on the ground saying, “Me next! Jump on me, Caleb!”

I’m sure I’ll post some photos from his birthday tomorrow, but…until then…my little dude is turning two tomorrow. I can’t wait for another year of adventures with him. 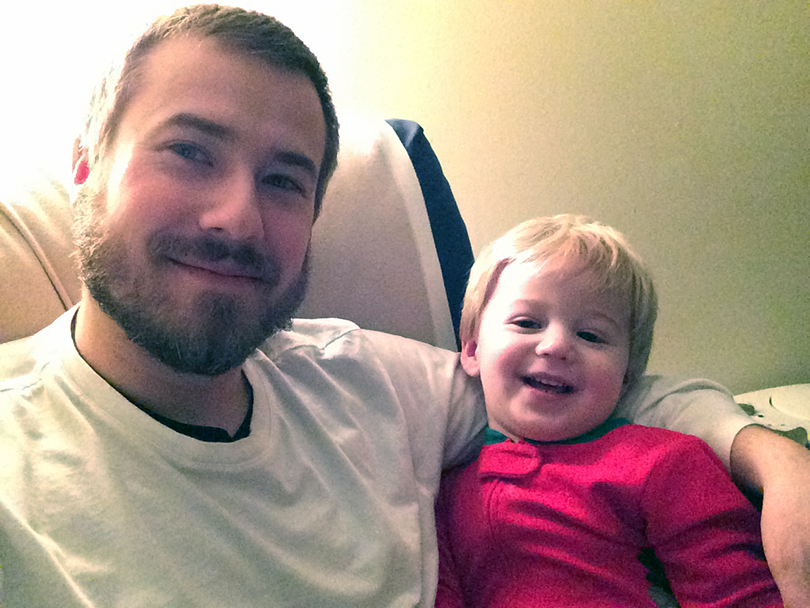 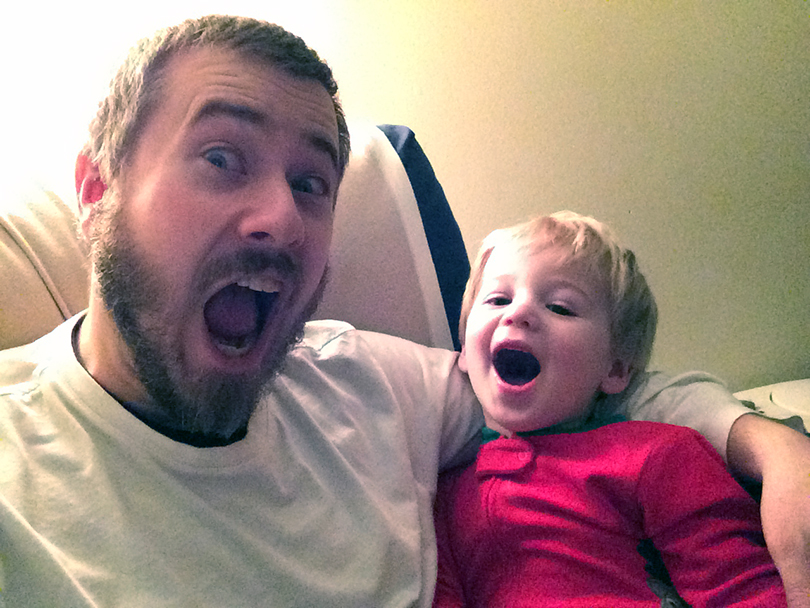 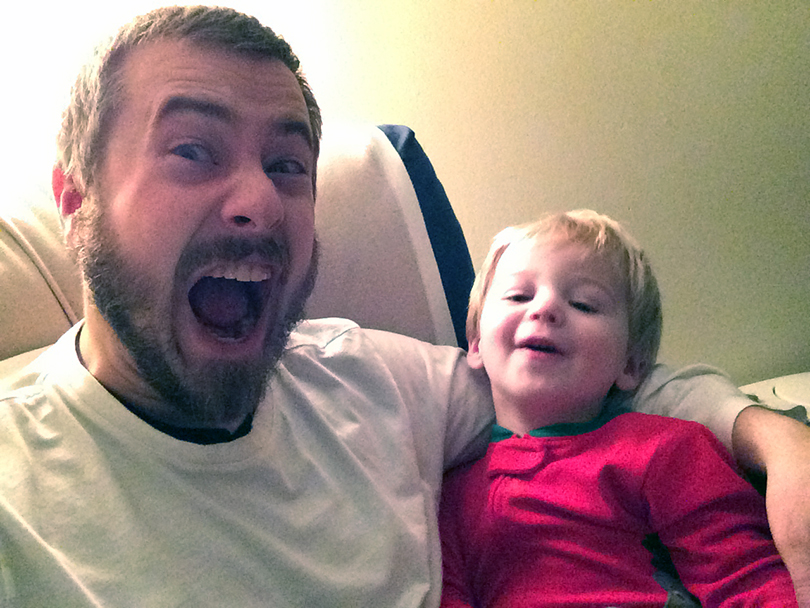 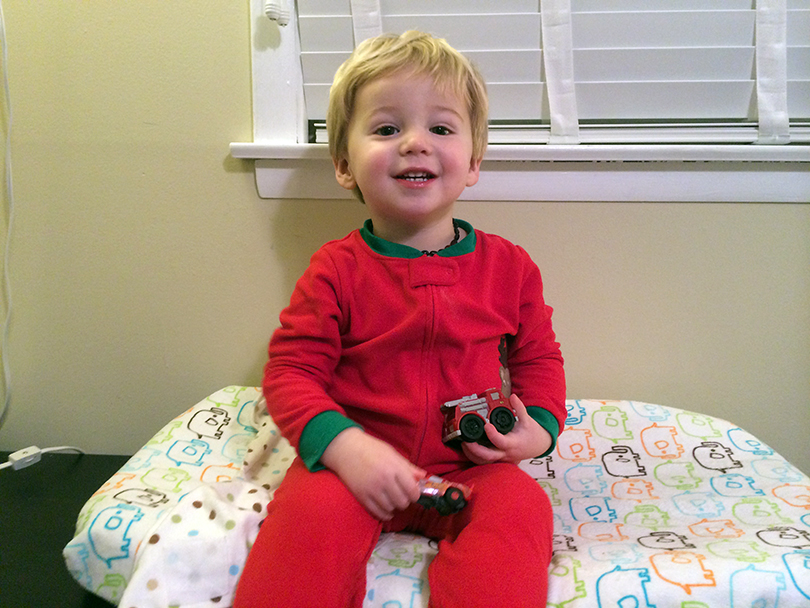