It’s a little crazy to me that Caleb is already a 1 year old!

He surprised us by starting to walk on Christmas, and by the day after Christmas, just wouldn’t stop walking. It presents a whole new world, both for Caleb and for his parents (as I’m sure you can imagine), but it’s also a lot of fun. Yesterday, he and I went to REI to exchange a gift he had gotten. After taking care of that, I just set him down and decided he should do some exploring around REI. I followed him and he just walked, and walked and walked. All around the store. It got a little awkward when he kept following this little girl around (which meant I as well was following a little girl around REI), but otherwise, we had a blast.

For Caleb’s birthday, we started off at church, and Sarah dressed him in an amazingly cute outfit (see below). My parents had come down for this birthday, and we also FaceTimed with Sarah’s parents as Caleb ate his first cupcake and opened some presents. Later that evening, he decided to make some really attractive faces at me at dinner, and then we did another round of presents and marked his height on his “ruler.” Sarah’s parents got us this giant wooden ruler (kind of like this) to use as his growth chart – so we marked off his height at 2’6″ on his first birthday. He also spent the rest of the night wandering around the house with this “Bubbles” book that Sarah got for him at the $1 store. He would not put it down.

And so…birthday #1 was a success. I realized how tired I was at the end of the evening, and realized that we didn’t even have any other kids or people other than my parents over at the party. It wasn’t a theme-party or anything…I can only imagine what birthday parties in the future will be like.

It’s amazing to see the transformation that he’s gone through in just one year, and I can’t wait to see what the next year brings. Let’s do this. 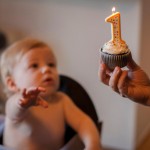 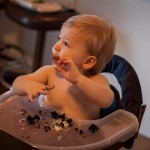 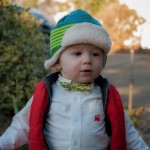 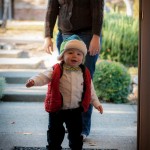 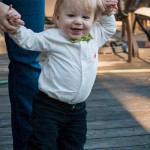 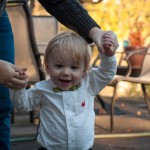 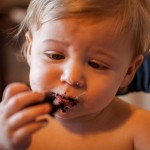 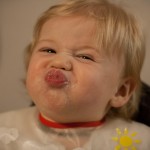 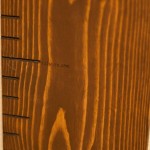 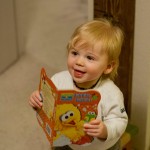 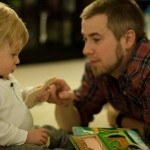