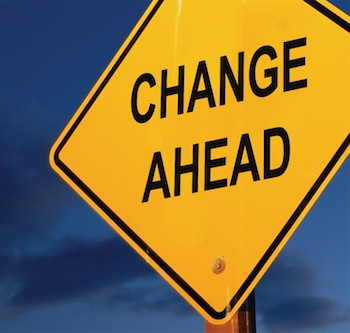 I don’t think you can ever fully have a grasp of what it is like…until it happens to you. And as I am sitting here tonight at 10:22pm, listening to Caleb start to slam his legs up and down in the crib, the first thing that came into my mind is “The only constant is change.”

Earlier last week, Caleb must have had some “senior moments” and forgot how to sleep. He wasn’t going down for naps…he was screaming when we tried to give him his bottle at night. Like, for real screaming. Sleep just wasn’t happening very well for him. But then Thursday, Friday and Saturday nights…something clicked. And I put him down at around 7pm and he didn’t wake up until around 7am the next morning. Beautiful.

And as I’m listening to what sounds like Caleb waking himself up in the next room…I’m aware that I had fully expected him to keep sleeping through the night. Once he got back on track with his sleep, it just didn’t occur to me that he would probably forget again and have yet another sleep regression.

It’s really the only consistent thing that you can expect in parenting.

The bouncy chair that worked one day…doesn’t do anything the next. The song that puts him to sleep one week, has no affect on him at all the next. The toy that captivated him all last week, lasts about 1 minute on the flight across the country.

I find it frustrating, and I’m guessing other parents do as well.

I’ll tell you who must love it though….the CEO of Babies”R”Us and other baby stores. Why? A few months ago, Caleb wasn’t taking naps very well (not that he’s amazing now, but it was much worse) and I saw someone who posted something about the Nap Nanny, and how as soon as their baby got one, it was amazing and revolutionized their baby’s ability to take a nap. So what did we do? Got a Nap Nanny. Now, it’s actually been pretty helpful for a variety of uses around the house, but he really doesn’t take naps in it.

But when you’re frustrated, and sleep deprived, and you hear about something that worked amazingly for one person’s baby…it’s hard to not allow yourself to give in and just anything and everything.

But that’s all the negative change…the frustration stuff. The change that’s fun to see, the progression of Caleb’s abilities to pick things up with his hands, to roll around the floor, to vocalize sounds, to eat solid food, to laugh, and laugh and laugh some more…those are all pretty dang amazing changes; and the ones that make it all worth it.

The growth and development and other kinds of change are welcome and exciting! But it’s pretty true I think…the only really predictable and constant thing in the whole process of parenting is change. And that can be wonderful and fun! And can be incredibly stress-inducing and exhausting. But it is what it is…