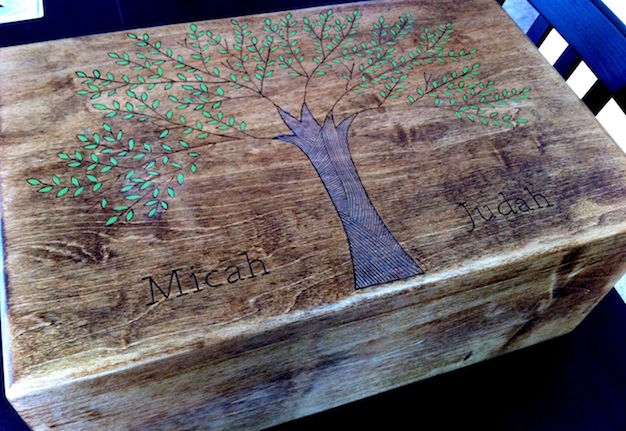 It’s late but I wanted to write a post today. Today makes 6 months since that horrible day in the hospital. It’s hard to believe, really. Every now and then, I’ll just sit back and try and run through that day’s events in my mind, and they are really all a blur. I remember being at home, knowing that something wasn’t quite right…driving Sarah up to Walnut Creek, getting some tests done, and then that moment when the doctor pulled the stool over and sat down next to us and let us know the reality of our situation.

“I’m going to recommend that you end the pregnancy.” Although, she probably used a more technical term like “terminate” or something.

And that was it. Joy turned to sadness. Excitement turned to disbelief. This kind of stuff just doesn’t happen to real people, does it? Surely not us? Surely not with twins? Surely not…

The part of the day that is the foggiest for me is the drive I made from the hospital back to Livermore that night. I left Sarah at the hospital to go home and get some things that we’d be needing…part of me can’t really imagine why I left my wife after we had just been given such wretched news…but part of me remembers a feeling of just needing to get out of there, that if I got on the road and drove fast…maybe it would all go away. Maybe if I left the hospital, went home to where things were “normal” – maybe when I came back we’d have different news. I remember listening to Linkin Park in the car. I remember running into the house and throwing a bunch of stuff into my backpack. And then driving back. But it’s like I was in between worlds – in between realities.

And now it’s been 6 months. And instead of having two beautiful twin baby boys, we have a beautiful wooden memory box. Sarah made up for my laziness in finding a memory box by finding someone online who custom made the box for us based on dimensions we gave him. Then he mailed it to an artist on Etsy that Sarah had found, and she added their names and in the image of the tree by woodburning the design onto the box, and then she mailed it to us. We got it a few days ago.

It’s interesting. One of the images that Sarah and I have been drawn to over our 6 month grief journey is the tree of life. Sarah has a necklace that she ordered (another find off of Etsy), which is a beautiful tree. Then there was the painting I got Sarah for Christmas. There have been a few other things, and now the woodburned tree image on our memory box. At first, I guess it feels odd to associate the tree of life with death; but then again, I guess it makes sense. At least for me, that was part of the significance of Easter for me this year. That death isn’t the last word. That hope and love and life defeat death. That life can come out of death.

I don’t entirely know what that means for me. That life can come out of death. But I have to believe that.

It’s been 6 months and I know I’m still grieving, but it definitely feels different than it did 6 months ago.

Instead of my boys, I have a tax refund for dead babies.

Instead of my boys, I have a box of memories.

A death of lives.

Life out of death.