Today we went into Oakland for the nuchal scan ultrasound. This is something that Kaiser does frequently and is the test that helps to identify babies that might have higher risks of Down Syndrome. It’s crazy that by checking the tiniest of measurements, they can identify these types of risks.

While we don’t have the final results from that test, the measurements they took looked very good and well within the norm. What they were able to tell is that they are definitely going to be identical twins. So that was pretty cool.

However, we were warned that this ultrasound technician in Oakland has a habit of telling you the sex of the babies – even when it’s way too early to be able to tell the sex. So, we knew that going into it. However, during the course of the ultrasound, she seemed VERY confident that she had seen not one, but two penises. Below is one of the images in which you can see the penis. I suppose there aren’t that many other things it could be – but…I’m trying not to get too stuck on the idea that we’re going to have two little boys… 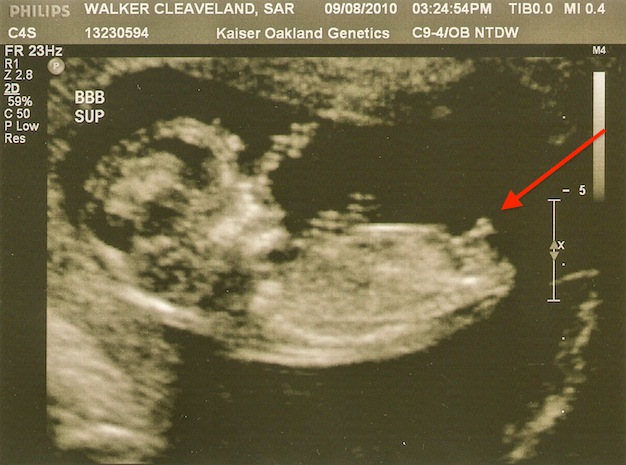 So, another ultrasound and a whole lot more to think about. Identical twins sounds like a lot of fun – and…well…also slightly terrifying. I wonder how many times I’m going to mix them up, call them the wrong names? And then the possibility of….BOYS? Twin boys. Looks like I’m on my way to putting together my own ultimate frisbee team.

I’ll leave you with a few other images of the twins. My favorite is the one directly below where it looks like Cleaker B snuck up behind Cleaker A and has him in a half nelson. The other two are close up photos of the babies staring…right…out you. They look a little alien-ish, but that’s cool. 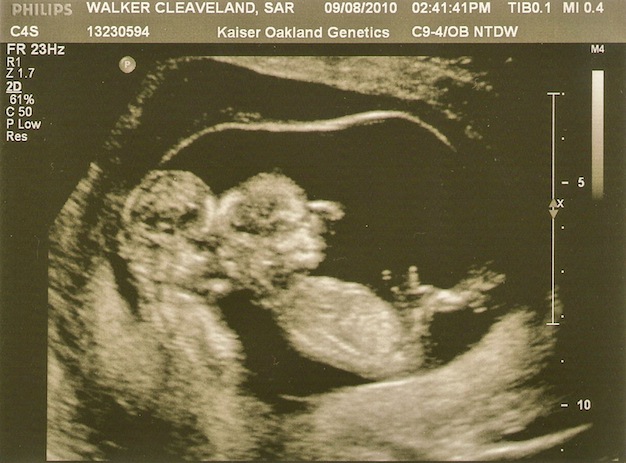 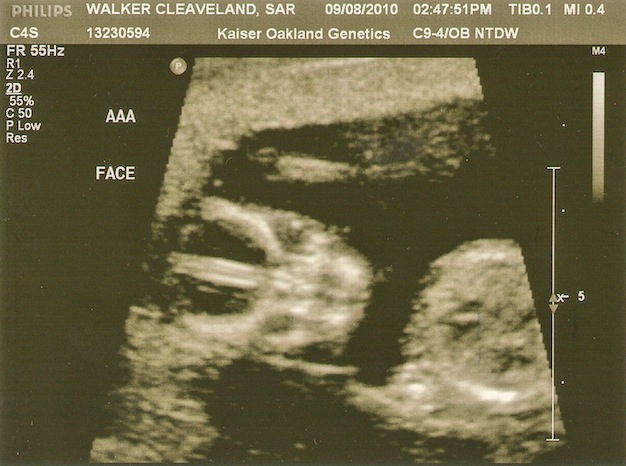 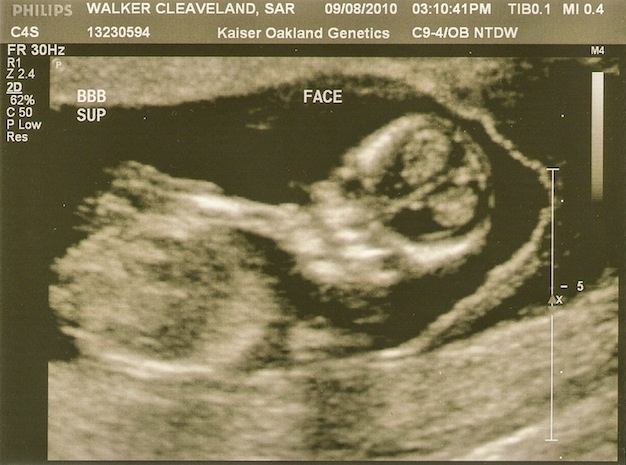